After moving I put my Lego Star Wars Milenium Falcon back together. And then I thought that was fun and wanted to keep playing with Lego. But instead of paying for other overpriced models that I don’t care to have lingering around, I bought a box of mixed bricks.

That was fun. But after a few iterations of colorful Batmobiles I wondered what it is I could build. Working for Tonies for almost a year by then, Tonieboxes are everywhere, so I figured a cube seems like a good enough starting point.

I put together a variety of different iterations. I wanted it to be smaller and to resemble the feel of the real Toniebox, while still clearly being a Lego set. Some versions where larger, some smaller, some more wide others more tall. I played around with the logo on front as well. What I really enjoyed about this process was putting something together, evaluating it and disassembling it straight away. Something very not final.

And just when I figured out the basic shape, I thought it could be fun to share the results somehow. Not that it’s anything spectacular, but it’s fun. And I wanted to learn how the construction manuals are created. Then I found this cool tool, Bricklink Studio. It allows you to build your model digitally. With that then you can create the manual and fancy animations. So I did that.

And then I learned that you can order individual bricks from Lego. I was very curious, so I tried it. Typically Lego, it’s not exactly cheap. At least not for smaller sets like this. A standard 2×4 brick for example costs 21 Cents. Then there’s a 3€ service fee. And then 9€ for shipping. And then there is the problem with the colors, not all bricks are available in all colors. And they distinguish between those bricks that are bestsellers and those that are not. There’s a service fee for each of these.

Cheap as I am, I tried to remain in the not bestsellers category, because not all bricks I needed can be found there and I would have to mix. That however meant I needed to improvise a little more with the colors. But I really liked that in the end. It feels much more fun this way.

The construction manual comes with a pieces list, so go ahead and order your pieces (if you don’t have them already anyways). I did that, was a bit more than 20€. It only took 6 weeks until it was delivered. Then I put it together and filmed it. Obviously.

So yes, you might say that I slightly over-engineered the whole thing. But it was also a lot of fun. If you build one yourself, share a picture. I’m really curious to see it! 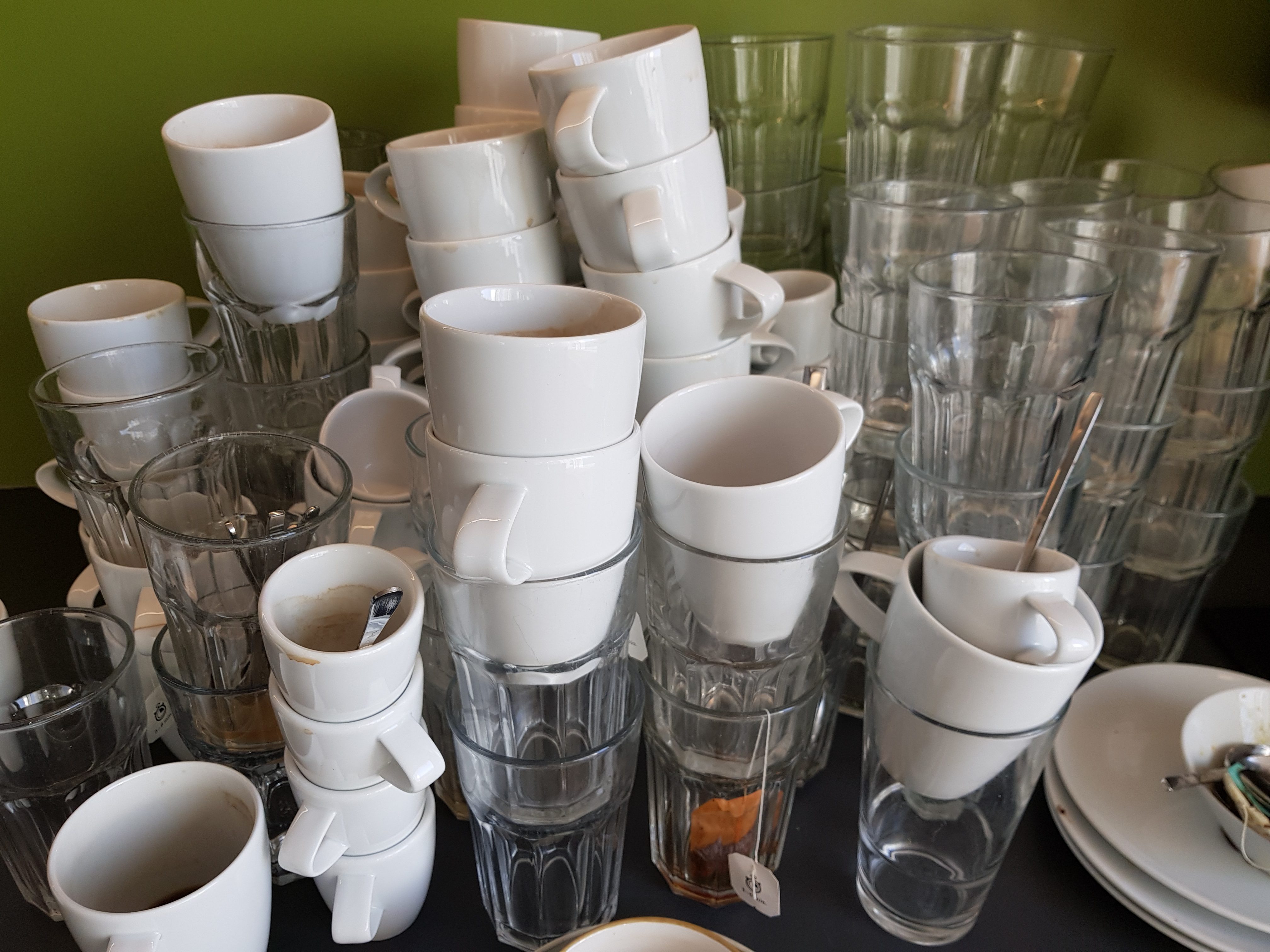 Many offices have a messy kitchen. And whenever there’s a messy kitchen, there are people complaining about it. In chat rooms, during lunch, at company meetings, on signs in the kitchen… you name it. “Your Read more…